Several years back, I spotted a book in the then Ottakar's bookstore in Douglas and thought 'that looks mighty intriguing'. It was an historical novel called The American Boy, it was by an author I'd not heard of - Andrew Taylor - and revolved around the life of a young Edgar Allan Poe. It had a sticker on it saying it was a 'Richard & Judy Book Club choice', so I thought I'd have a dabble. 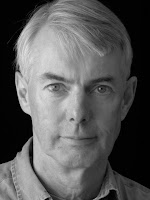 It was a fantastic read, and I followed that up with Bleeding Heart Square, set in 1930s London, which was arguably even better. When we started thinking about staging a literature festival in the Isle of Man, Andrew was one of those authors I was desperate to have visit the Island. And it didn't take us long to twist his arm - he'll be here at the end of September for Litfest 2013 and he's sure to be one of the festival's major draws.

Andrew will be holding a writing masterclass workshop on the Friday (September 27), during the day (writers, drop us a line at manxlitfest@gmail.com if you'd like to know more...), and then appearing at Peel Cathedral on the Friday night with author Barbara Erskine, where the focus will be on his historical novels.

The following night, he will be appearing at our crime writers' event (with Alan Bradley, author of the Flavia de Luce series), which will take place at the Promenade Suite in the Villa Marina.

Andrew's stock couldn't be much higher right now - fresh off winning his third Crime Writers' Association Historical Dagger Award last month for his latest novel, The Scent of Death, the book has today been announced as one of the six titles selected for the ITV3 Crime Thriller Book Club.

Tickets will be on sale for Andrew's events very soon (and all other Litfest events, of course). To make sure you don't miss out, visit our website and sign up to our newsletter, or keep an eye on the site itself or follow us on Facebook or Twitter.

Thanks for reading
John Q