Behind the scenes in the build-up to Litfest 2014

So it's May already, and no, we're not quite sure how that has happened.
Planning in earnest for this year's festival - September 24-28 - got underway in early January, and the last four months have disappeared quicker than a box of chocolates at a Litfest committee meeting. 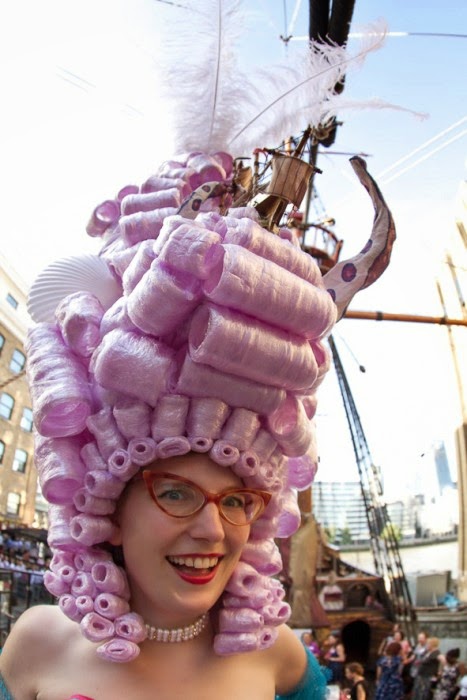 In the early months there isn't an awful lot of juicy news to reveal; we're talking with authors, poets and storytellers, visiting potential venues, making general decisions re the daily plan for the festival and so forth.

We have unveiled a few cracking names on the line-up for this year's festival - Sally Gardner, Philip Reeve and Sarah McIntyre (pictured right!) - but we'll be announcing several more names in the next week or two.

Indeed, we've now reached that stage of the build-up where we are in a position to crank up the publicity machine and really start building the anticipation for this year's festival.

The website needs updating and that will happen over the next week or so, we'll be posting our regular snippets on Facebook and Twitter, and we'll be starting to fire out our newsletter again on a regular basis - you can sign up for that on the home page of the website.

For this year we want to add something else to the mix. Using this blog, we're going to give you a glimpse behind the scenes of what is involved in organising Litfest, with regular updates as to how things are progressing - the pitfalls, the challenges, the successes.

So buckle up and take that ride with us. September might seem like a long way away to some, but trust us, it's just around the corner. Particularly when you have book elves stealing days by crossing them off the calendar when you're fast asleep.

Posted by Manx Literary Festival at 3:30 AM