We called, you answered...

We asked for potential venues. And, by 'eck, you gave them to us. Some we already had on our list, others we'd not considered. But each and every one of them has some degree of potential. 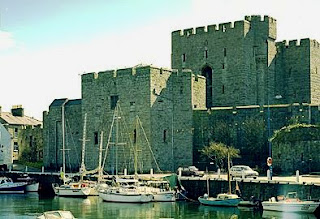 We'd already spoken with Manx National Heritage regarding its sites and Tynwald Mills/St John's Mill, and received a warm thumbs up for all, subject, of course, to various factors. In terms of heritage sites, we're looking at Castle Rushen, Peel Castle, Rushen Abbey, Manx Museum, Cregneash, Sound Cafe and so on. And later this month we're also meeting the owner of Greeba Castle, the one-time home of the late great Manx novelist, Sir Hall Caine.
So, alongside the likes of bookstores and libraries, where else is in the mix? Here are some suggestions we received - and thanks to Trish for many of these, and Angela and Harry at Bridge Bookshop in Port Erin for several others:
There are more, of course, and over the next few months we'll consider them all and speak to those involved with the sites to assess their suitability and the practicalities of putting on events.
Thanks again to everyone who gave us input - much appreciated. As I keep saying, we need as much support from you lot out there, the reading public, to make this festival happen.